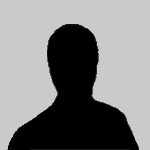 How I got to where I am now

By Sallubrious, August 24, 2020 in Bitches, gripes and degenerated threads