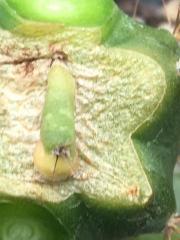 Purple Trichocereus: Those posted of mine are from Zelly's seeds