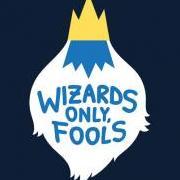 Folks, I bought a fat cut of this bridge from WA a few years ago as a metre long piece. It's done very well for me and I've given away a lot of cuts, as it's such a good cactus.

I was at a friends place last weekend and he showed me his cut of Cliff, I was immediately struck by the similarities.

It puts out flat v shaped central spines on the new growth and it was clearly from a big old plant as the cut was as fat as I've seen a bridge, and it originated in WA.

1 answer to this question