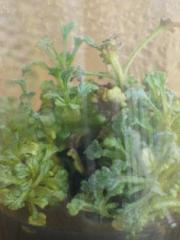 By Darklight, September 5, 2003 in Ethnobotany