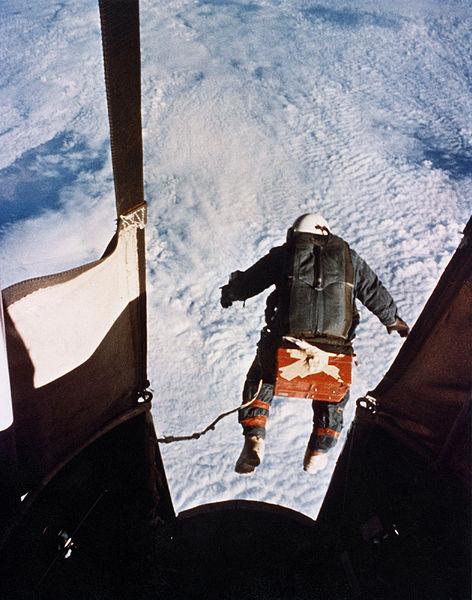 On August 16, 1960, Kittinger made the final jump from the Excelsior III at 102,800 feet (31,300 m).[2] Towing a small drogue parachute for initial stabilization, he fell for four minutes and 36 seconds, reaching a maximum speed of 614 miles per hour (988 km/h)[3][4] before opening his parachute at 18,000 feet (5,500 m). Pressurization for his right glove malfunctioned during the ascent, and his right hand swelled up to twice its normal size.[5][6] He set historical numbers for highest balloon ascent, highest parachute jump, longest drogue-fall (four minutes), and fastest speed by a human being through the atmosphere.[7] ... These are still current USAF records